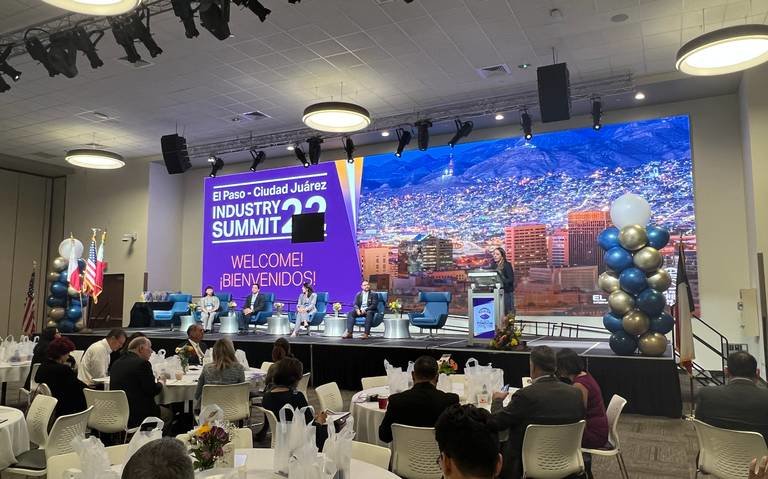 Last Friday, May 20, the Industry Summit 2022 was held in El Paso, Texas, a meeting where representatives from various industrial sectors shared their vision for the future and proposed strategies to ensure that the border area composed of Juarez and El Paso leads in various areas of manufacturing through coordination.

Based on the brotherhood between these two cities and their achievements, such as being named the third most important manufacturing region in North America, the lesson to be learned is clear: working together will give us the necessary impetus to continue competing.

The event not only strengthened the binational relationship, but also the link between the different industries in the region, establishing solid ties between clusters and companies with technically different lines of business, but that coincide with a vision of progress for the area. For Emma Schwartz, executive director of Bio El Paso Juárez and one of the special guests, the border region has a great capacity for innovation.

Other central themes of the conversation were the upcoming investments that benefit local companies and their production ecosystem; innovation and disruption; and the changes that the future of industries poses.

The event featured prominent speakers such as J.J Childress, CEO of Microsoft’s TechSpark Initiative in Texas, and Ricardo Mora, founding member of the Technology HUB. In addition to special guests such as Emma Schwartz, executive director of Bio El Paso - Juarez.

Stay up to date with our newsletter.